Home/News/Second Half Marriage: Grace, Grit and Giggles (Part 2)
Previous Next

For a sizzling second half marriage, you need…  Grace, Grit and Giggles
Part 2: GRIT

Katie and Jack, have been married just over 50 years and understand the ebbs and flows of life. “You can’t quit. You have to stick together,” they said with certainty. Then they added, “You must continually reconcile with each other and with God.” They describe themselves as “strong-willed”—two people with very different personalities, interests and considerable potential for conflict. After retiring, they began seeking ways to serve God together. They want to be intentional in planning their lives and also desire to leave a legacy of lifelong love and commitment.

Unexpectedly, their pastor invited them to become discussion leaders for a marriage class 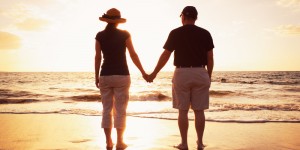 called Re-Engage. As they prepared for the class, deep conversations opened between them. They learned more about each other’s dreams, hopes, fears and idiosyncrasies. They began confronting differences and celebrating agreements. They experienced a new level of intimacy. They chose to take risks, be vulnerable, and grow beyond their comfortable routine. In praying together, they sensed God calling them to help and encourage others in their relationships. Today they lead couples classes in their church. They also stretch beyond their familiar routines and annually lead marriage conferences in Nicaragua and the Philippines.

In other words, it requires considerable grit.