Reflections on My 70th Birthday

Home/News/Reflections on My 70th Birthday
Previous Next

Reflections on My 70th Birthday

During these long winter evenings, Leona and I have been watching the NETFLIX series “The Crown.”  In Season 3 Episode 5, Princess Alice of Battenberg, the mother of Prince Philip and mother-in-law of Queen Elizabeth II, is visiting with her brother Louis

Mountbatten, the uncle of Prince Philip and former head of the British Navy. She was an elderly cigarette smoking nun who had escaped Athens after the fall of King Constantine II and the imposition of military rule in Greece. She was being housed in Buckingham Palace as a member of the Royal Family. During their brief visit, she remarked to him,

“There came a moment around the time I turned 70, that I was no longer a participant, rather a spectator.”

He replied, “I’ve discovered that for myself.”

To which she added, “Then it’s just a matter of waiting and not getting in the way.” 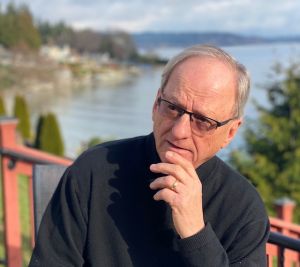 Princess Alice’s words so strongly spoke to me, I had to replay and freeze-frame the scene (pictured above.)  Today, on January 10, 2020, I turn 70! I’ve been asking myself the question, “How does one entering his 8th decade of life continue being a participant in the world, not just a spectator?” We 76 million Baby Boomers have had the center stage for a long time. We have taken the lead in technology, in business, in education, and even in the leadership of our country. In many industries, the baton of leadership has already passed. (Have you noticed how young the doctors are anymore?) And while it is a good thing to empower the next generations for influence, does that mean that we have nothing left to give?

As our colleague, Chuck Stecker, writes, “If you’ve passed the baton, take it back!” He’s not suggesting just hanging on to a position in life, and blocking the accessibility of influence for the next generations, but instead continuing to stay in the race and make a contribution to society.

How does one continue to be a participant in life and not just a spectator? What role do we have to play as we see ourselves replaced by younger leaders in every sector of society?

As I turn 70 on the day of this writing, here are my thoughts on how we can stay in the game:

Until that time comes for us, it may be time to pick up the baton once again and re-enter the race. Decide to postpone the role of the spectator. Stay in the game, even if it is on the sidelines.

About the Author: richard

Richard Bergstrom, D.Min., is a church consultant, pastor, and author. He is President of ChurchHealth and co-directs Re-Ignite with his wife, Leona. He is passionate about helping others find purpose and passion in life and ministry. He and Leona live in Seattle, Washington.