Today, December 7, 2016, marks 45 years since Richard “popped the question” and asked me (Leona) to marry him. Here’s the rest of the story as told in the first chapter of our new book, Third Calling: What are you doing the rest of your life?

Few people knew about the little room adjacent to the main lounge in my college residence hall. Since I was a Resident Assistant in that dorm, I frequently escaped there to find space and solitude. On December 7, 1971, Richard and I met there to “talk,” or as college students would say, “define the relationship.”

We had dated for nearly two years and were crazy about each other. We were pretty sure it was love because we couldn’t stand being apart. We tried separation for the three days leading up to this meeting, but we were both insufferably miserable. 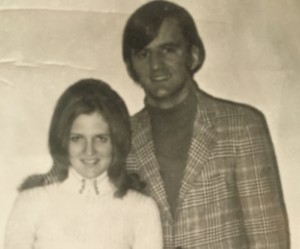 We sat on a broken vinyl sofa and talked, argued a little and shed a few tears. Then Richard did what any smart, perceptive young man would do. He got down on one knee and asked me to marry him. Whew. Marriage—rich or poor, sick or well, happy or sad— forever, ‘til death do us part. How hard could that be? Of course, I said yes.

Our perfect stillness was accompanied only by the sounds of our loudly beating hearts until we noticed someone was playing the grand piano out in the main room. We recognized the song: What Are You Doing the Rest of Your Life?*

Since then we’ve debated whether hearing the song was a sign, coincidence or, as Richard maintains, “a perfectly planned background.” We revisit the song every anniversary and have the words posted on a plaque in our home.

Somewhere along the way, we began hitting our stride. We both worked in defined careers, Richard in full-time ministry and I in health care administration. Our kids were involved in school, sports and youth group. We had a cat and a dog. We drove a minivan. We moved a few times and changed jobs more than once, but we were relatively settled into “midlife” or what we define as our Second Calling. We periodically revisited the question, “What are you doing the rest of your life?,” but mostly we just kept surviving, maintaining our family, jobs and our credit score.

Then, all too soon, the kids left home, married and began living their lives on their own. We downsized our possessions and bought a red Mustang convertible. We became grandparents—six times in six years. And, we began asking questions about the meaning of it all. What was our purpose in this stage of life? What compelled us to get up in the morning?

We turned the age when people expected us to “retire.” We realized we were entering an entirely new and uncharted season. Refusing to go quietly into the night, we sensed it was time for a new direction, a new beginning, a new purpose and passion. We entered our Third Calling.

The words to “our” song became foundational to this new season: “What are you doing the rest of your life?” The answers to that question guide and direct us every single day. 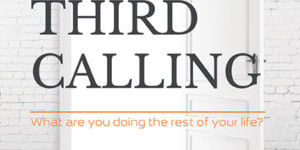 Reprinted from Third Calling: What are you doing the rest of your life?
written by Richard and Leona Bergstrom
Copyright Re-Ignite, 2016
Available in paperback and Kindle version on Amazon.com

*What Are You Doing the Rest of Your Life?, lyrics by Alan and Marilyn Bergman;
original music written by Michel Legrand;
recorded by various artists including Barbra Streisand