Hunkering Down Where It Is Safe

Home/News/Hunkering Down Where It Is Safe
Previous Next

Hunkering Down Where It Is Safe

Author’s note: I wrote this little allegory on April 23, 2020 to encourage my kids and grandkids who were hunkered down because of COVID 19 restrictions. We were sure it would soon be over. But, alas, today on this first day of September, we are still wondering when it will be safe “to cross.” Be encouraged. Someday….

Everyone in the Anders family was always busy. Both mom and dad worked full-time; Ben played soccer year-round, Joe played every seasonal sport he could – including basketball, baseball, rugby and swimming; and Karlie played soccer and took ballet lessons. They attended church, youth activities, playdates, and frequently ate out at their favorite restaurants. And, of course, there was school and homework. 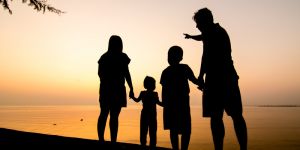 So, it was a rare opportunity indeed, when the family took off on a hiking adventure through the woods near their home. The plan was to walk to the Canyon Creek about a mile downhill, then cross through the little steam using the rocks as stepping stones. There was seldom much water in this creek, so it was safe and easy to do. They weren’t sure what was on the other side, but they would soon find out! That was the best part of this planned Family Outing.

The hike went pretty well. Karlie got into some poison ivy and Joe went off trail to climb a tree—but those were all typical diversions. Eventually, they reached the bank of the creek. It was no longer a little bubbling creek, but a raging river! As they looked upriver, they noted waters gushing over the rocks. They had never seen so much water. What had happened upriver to cause such a massive surge of water?

Several other families on similar treks began to gather near the creek. Curious and shocked, they began to speculate what was happening to the usual 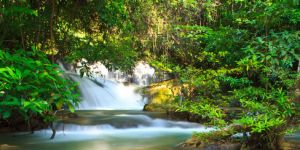 ly serene canyon. Overhead, a small airplane pulling a banner with a message flew by. Together they read: “Warning! Excessive amounts of water filling the river. Do not cross. Stay in place. More water coming. Watch for updates.”

Bummer. No going forward. Mysteriously, another creek formed behind them and it too was filling fast. The Anders Family decided they might as well hunker down where it was safe. Other families began to spread out along the banks and, for some reason, it seemed important to stay a few feet apart from others.

Feelings ranged from dread to curious excitement. No school! Family time! Adventure. What could be better?

Days went by. Every morning the airplane flew overhead. It always pulled a banner with an updated message announcing the condition of the rising river and copious amounts of water coming. There were theories about whether the water originated from abundant natural rainstorms–or had someone intentionally destroyed the dam walls releasing the floods?

At first, everyone was very anxious and paced up and down the bank. They discussed and evaluated the banner messages. They calculated when it would be safe to cross the creek. They fretted. Little by little, they decided to make the best of the situation. They started noticing the beauty of nature around them; they began talking with each other about their feelings and fears. One day, Ben invented a game to play on a tree stump using pebbles for pawns and leaves for money. Mom shared a book she had brought along in her backpack. Dad made up funny stories. The Anders discovered what it meant to be a family.

They watched the water levels fluctuate. They waited for the banner to say “It is now safe to cross.” Someday it would come. Until then, they would stay a couple of yards apart from others, learn to live off the supplies they brought and what grew on the land, appreciate nature, value each other, and pray a lot. 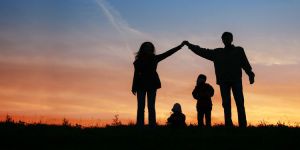 They were family. And, they would get through this together.